Stand by your actions

You are the designer of your own actions. It is in your power to make something move out of these actions.

Be authentic in everything you do online. Actors do not help - you already have a role in your performance. It is the only reality.

The ancient Greeks have done it to you a long time ago: Leonidas and  Epaminondas and others.

They gave us an example when we make our appearance.

The construction of the Internet continues; the two kings do not rest (Microsoft and Google); until the whole world is digitized and everything that is on and under her.

Slowly we no longer believe in the existing world order because everything is laid out in bits and bytes. But when we die, we have to face reality. 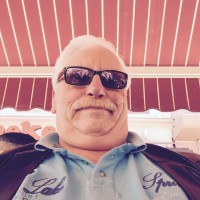 I am Network Marketing Affiliate and I am building something great. I share my ideas with the audience

This site uses Akismet to reduce spam. Learn how your comment data is processed.